“a brief history of Abstraction” ( ongoing) is a series of small hinged boxes that can be snapped shut with an attached felt band and clip. The series contends with the almost mythical stature of 20th century Abstraction. In order to point to elements that became cliché tropes within that genre, I use unlikely materials; felt, fake fur, pom-poms, nets, to duplicate the now famous gestures, formats and color choices of artists ranging from Kandinsky to Donald Judd without making a replica of any of their actual works. When these boxes are closed and latched shut, they resemble volumes of shelved books; when opened, the left and right sides of the interiors are set up as oppositions, sometimes, in effect, a before and after. The boxes are a pastiche of abstraction's iconic styles and are also meant to underscore the absence of women from that particular art-historical canon. 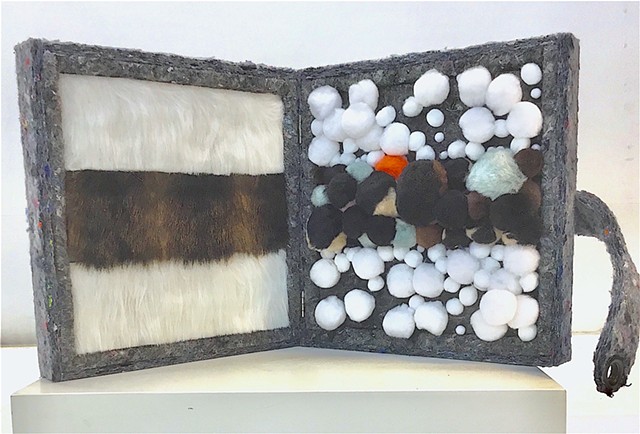 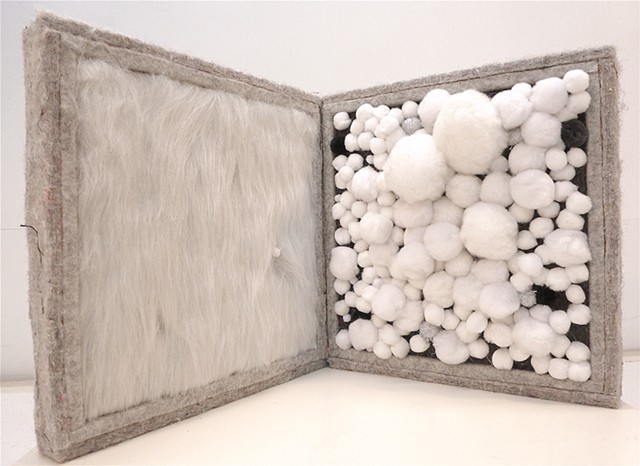 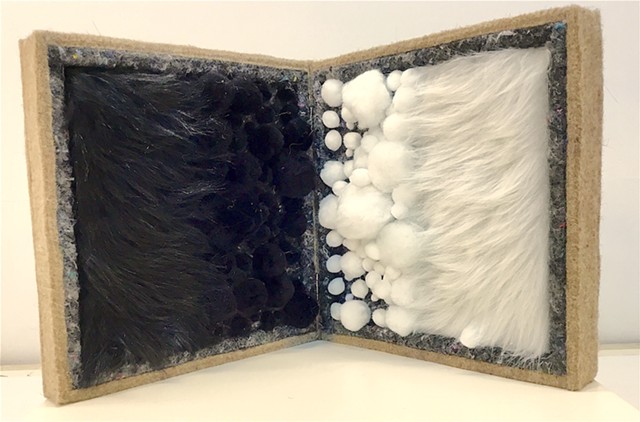 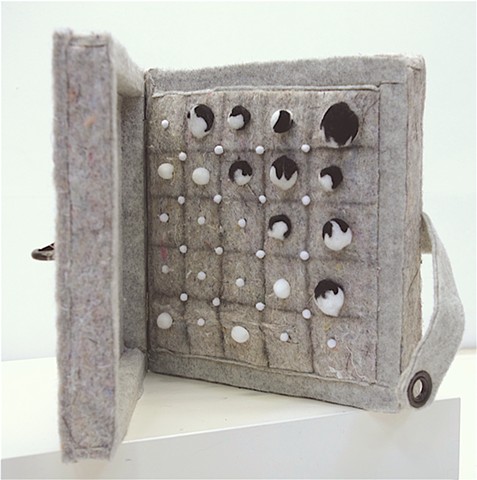 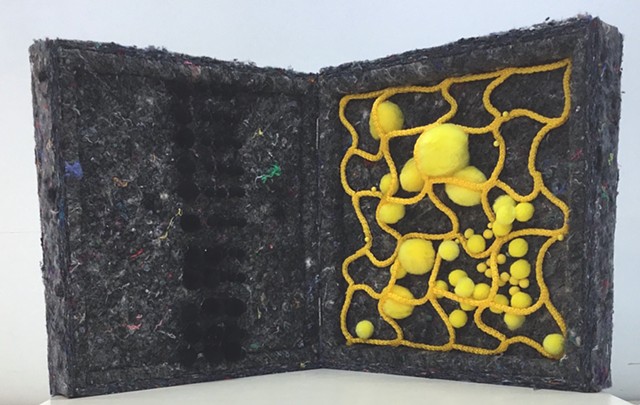 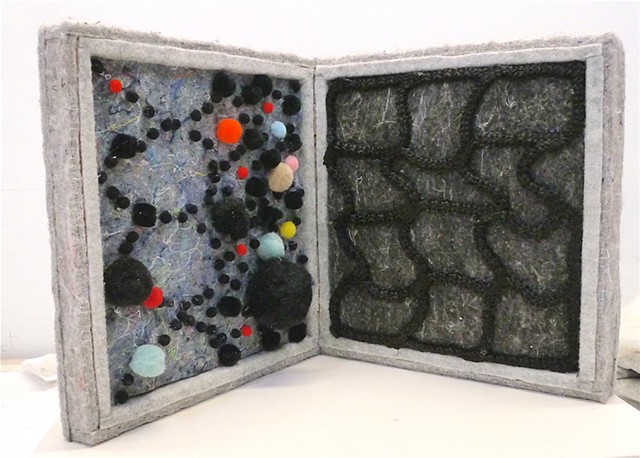 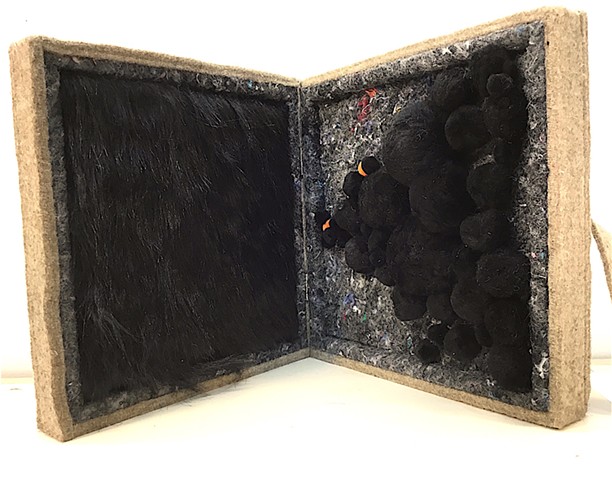 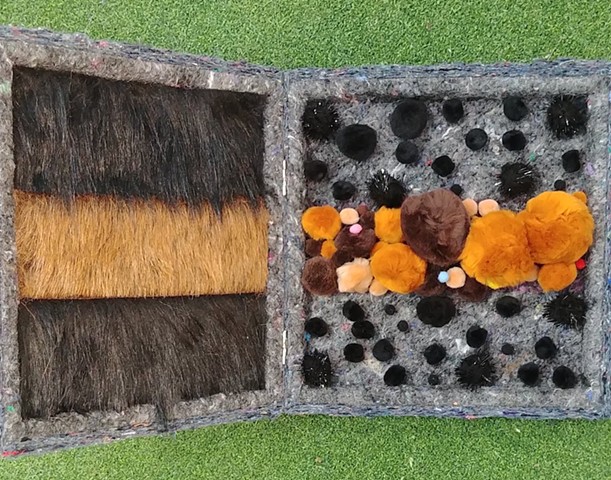 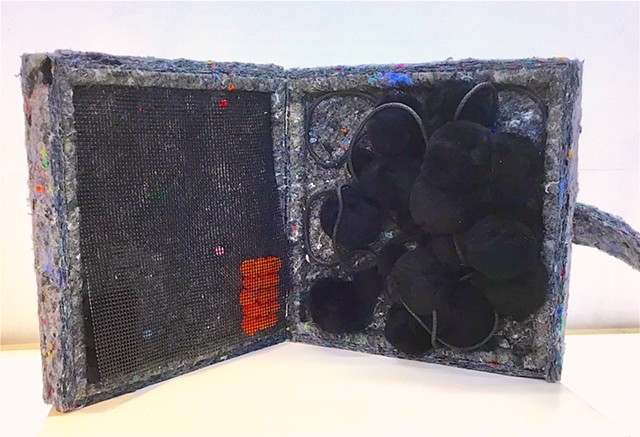 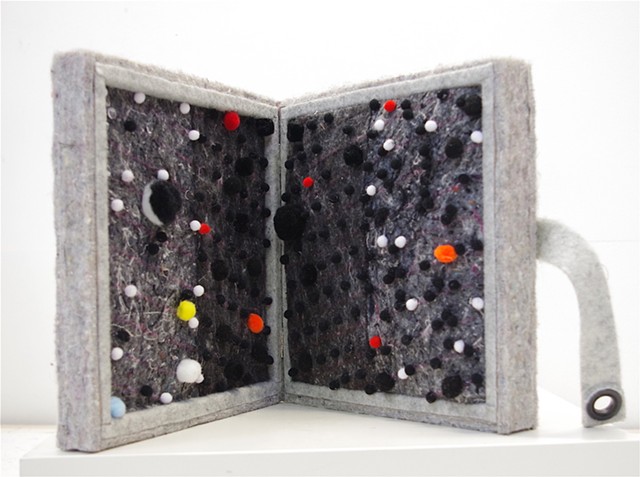 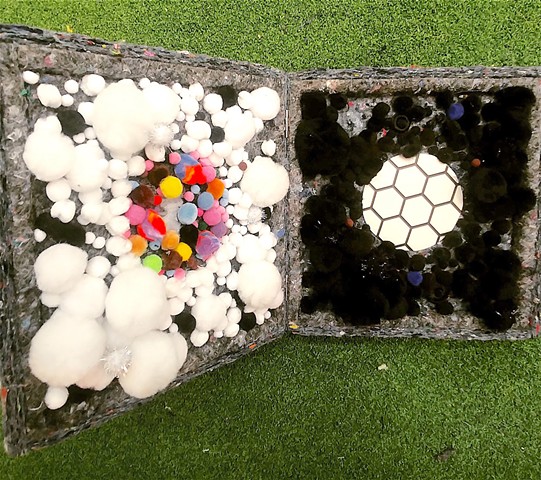 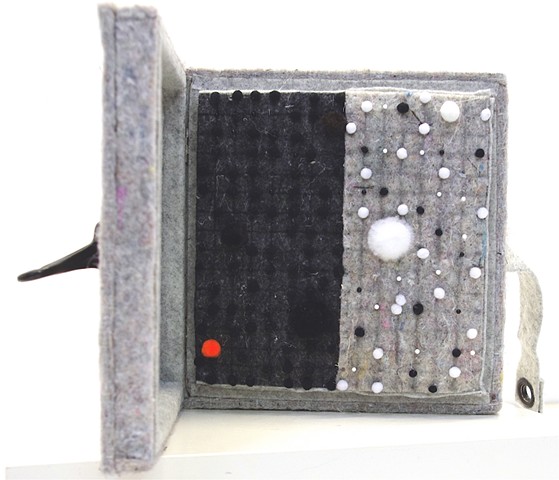 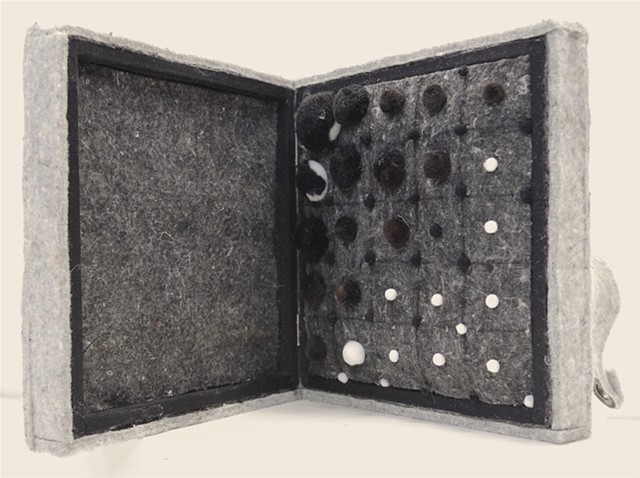 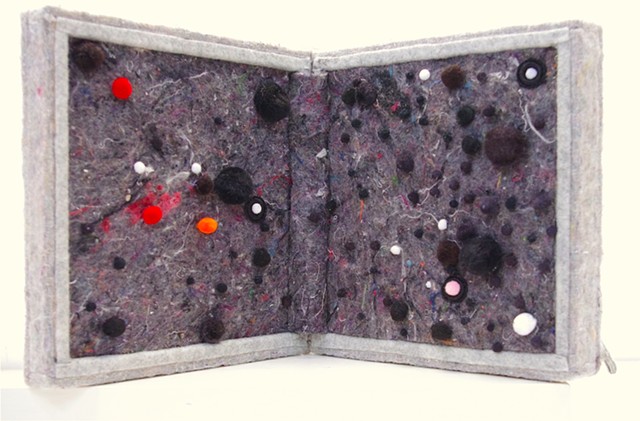 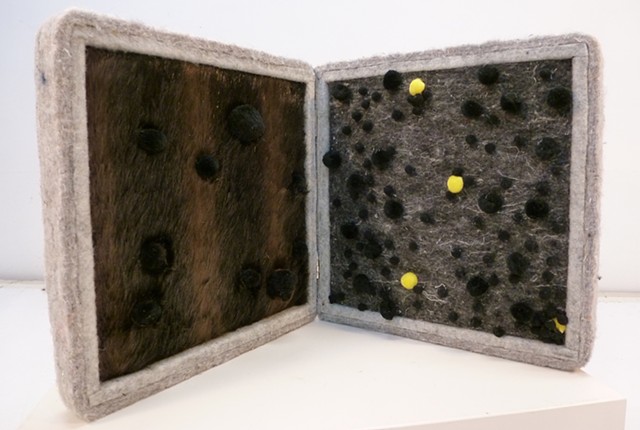